The AN-FA scaffolding system or Aneur façade system is the most efficient system for the most regular and common projects. It is also known as “frame scaffolding” due to the rigid tubular frames that are the base part of the system and that are assembled using platforms, guardrails and diagonals.

It stands out for being a safe and very quick system to assembly, allowing to significantly increase productivity for simple projects such as facades. The system has only six basic parts with which it is possible to carry out most of the projects. In addition, with the expansion of the system thanks to other available items it is possible to carry out complex projects and adapt to the various existing geometries.

The Aneur AN-FA system, designed by and for scaffold users and assemblers, has details that make it the best value for money system on the market. It is a light and durable scaffold, allows a wide step for the user and is very easy and intuitive to assemble. 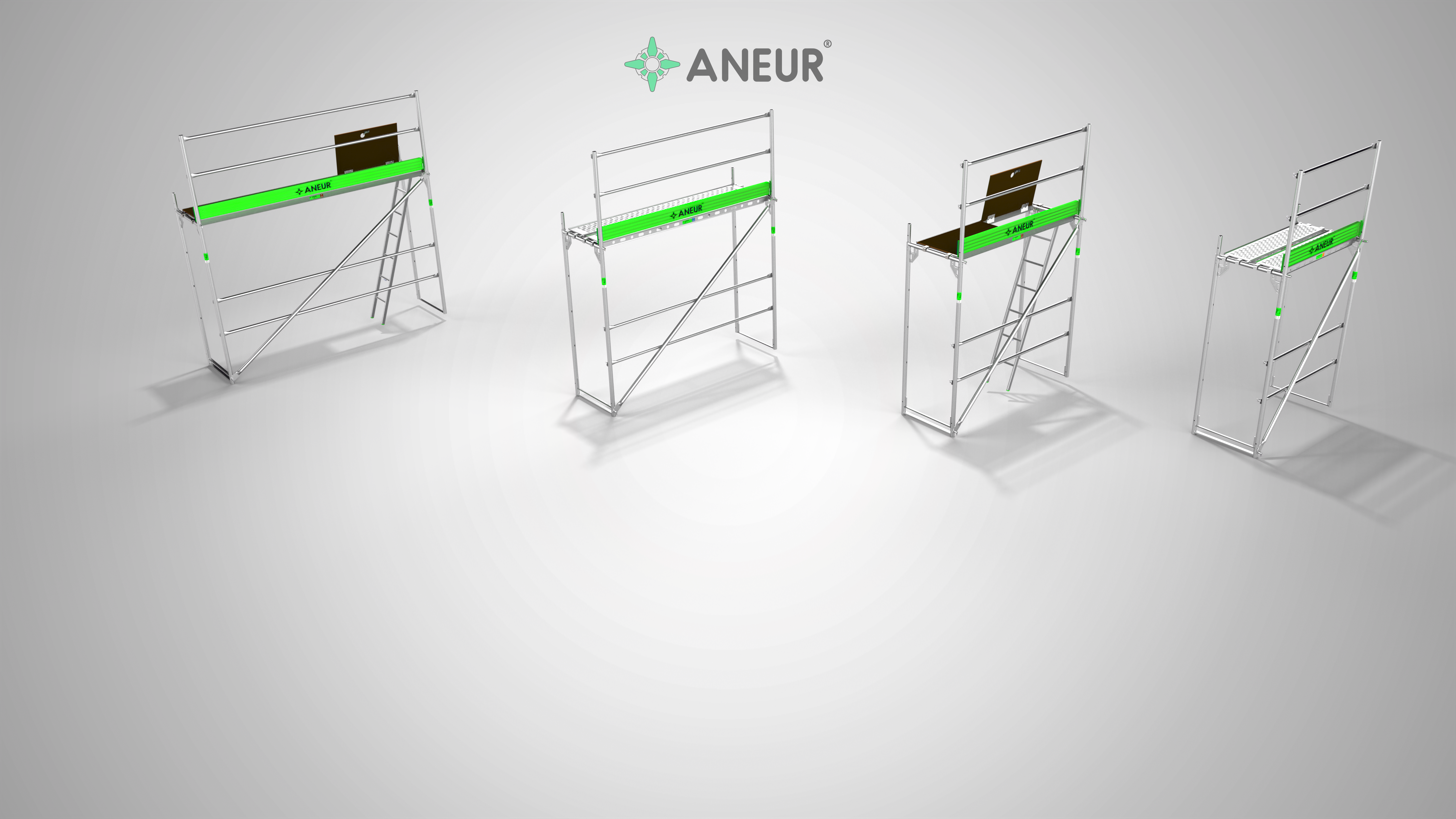 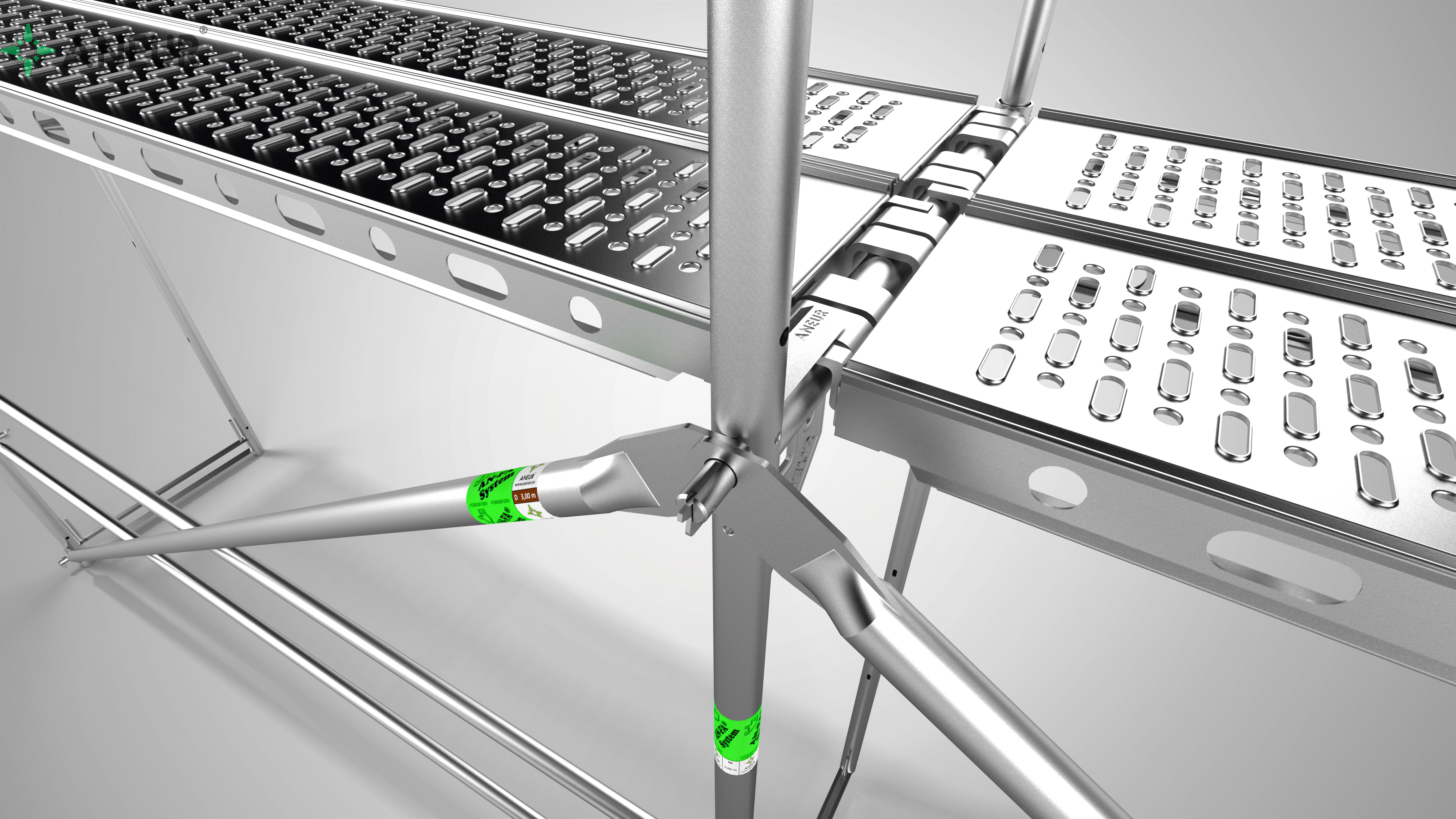 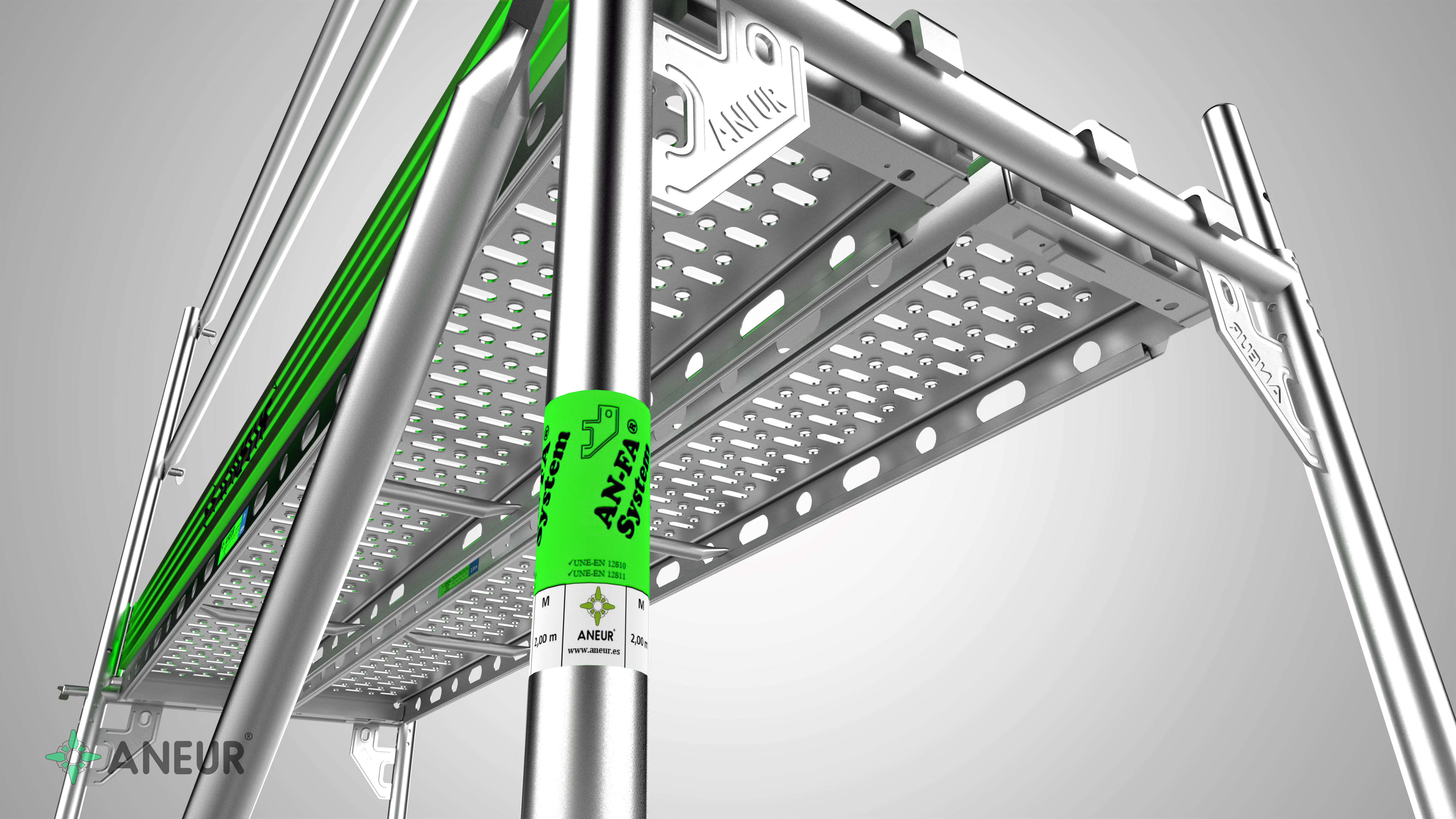 This website uses cookies to improve your experience while browsing the website. Outside of these cookies, cookies that are classified as necessary are stored in your browser as they are essential for the functioning of the basic functionalities of the website. We also use third-party cookies that help us analyze and understand how you use this website. These cookies will be stored in your browser only with your consent. You also have the option to opt out of receiving these cookies. But opting out of some of these cookies may affect your browsing experience.
Necessary Always Enabled